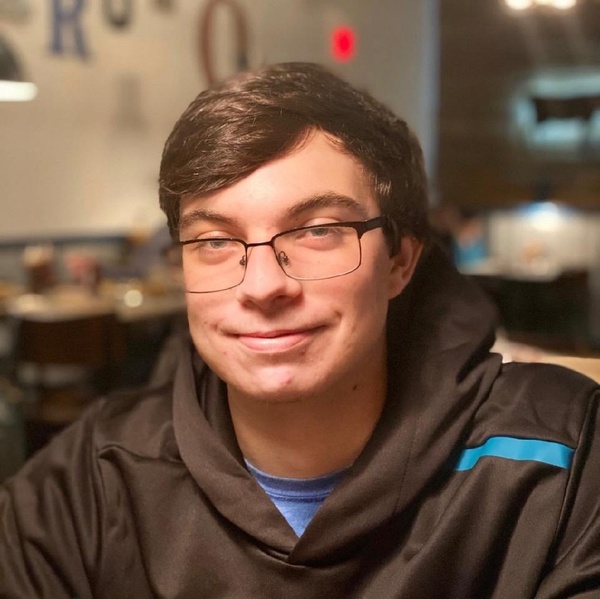 Stanley “Staush” Arthur Steven Scott, III, 22, of Goose Creek, SC, passed away peacefully at Trident Medical Center on June 9, 2022 with his parents, family, and friends by his side. Born on July 8, 1999 in Summerville, SC, he was the son of Stanley Scott, Jr (Allyson), and Kelly Brown (James). He graduated from Goose Creek High School in 2017 and then attended Trident Technical College studying Horticulture.

Stanley was an Eagle Scout in Boy Scout Troop 459 in Goose Creek. His Scouting career took him to the National Jamboree in 2013 and the Northern Tier High Adventure in 2015. In 2016, he challenged Scouting’s most famous high adventure destination, Philmont Scout Ranch, where he served as the Crew Chaplain’s Aide and completed his Life Scout service project.

Stanley’s peers elected him to membership in the Order of the Arrow, Scouting’s national camping honor society where he achieved the rank of Brotherhood.

For four years, Stanley served as a summer and winter staff member at Camp Ho Non Wah where he taught hundreds of Scouts about nature and leadership. He went on to serve on the staff at the 2017 Boy Scout National Jamboree where he became a Certified Angling Instructor, guiding and educating Scouts and Scouters from all over the world.

Soon after high school and in pursuit of his lifelong dream of being a park ranger, Stanley worked for Charleston County Parks and Recreation. He then joined the South Carolina State Park system at Charles Towne Landing where he welcomed guests, worked in park maintenance, and served as an assistant park ranger. In 2022, he accepted a promotion to Santee State Park in park maintenance.

Quick to laugh but slow to anger, Stanley was our cherished son. Our protective older brother. Our doting grandson. Our ridiculous cousin. Our hilarious nephew. Our compassionate friend.

He was a spiritual soul and calming presence to look to when we weren’t quite sure what our temperament should be. He believed in “trail magic”. He respected the beauty of nature and all of God’s creatures, often stopping to rescue an injured animal or to simply help a tortoise crossing the street.

He loved the outdoors and nothing more than being in it – whether that was through hiking, fishing, or any activity on the water. He also loved being surrounded by family and friends: at a hockey game, baseball field, or simply on a back patio with a roaring campfire.

Stanley was a hardcore sports fan. He loved watching the San Jose Sharks, tailgating at South Carolina Gamecock games, cheering on the Charleston RiverDogs, and attending the games of the South Carolina Stingrays.

Stanley lived the values we so earnestly shared with him. First, we taught him and then he us: “to help other people at all times”. His kindness was unmatched and his friendship priceless. Even in his final act, he gave everything of himself so that others may live.

In addition to his mother and father, Stanley is survived by his sister, Morgan Scott of Goose Creek; his grandfather John Green (Janene); his Grammy, Linda Early; his grandmother, Wendi Raupers; and his many other grandparents, uncles, aunts, cousins, and incredibly large and loving extended family.

In lieu of flowers, tax deductible 501(c)3 donations may be made to:

Proceeds from the fund will be used for medical expenses, the creation of a memorial in Stanley’s name, and charitable endeavors.

He would also encourage you to consider supporting National and South Carolina State Parks, Boy Scouts USA, and marine conservation efforts in your area through ongoing donations and volunteerism.

Register here to be an organ donor: https://sharinghopesc.org/

To order memorial trees or send flowers to the family in memory of Stanley Arthur Steven Scott, III, please visit our flower store.