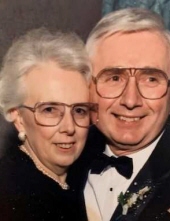 It is with great sadness that we announce to family and friends the passing of my mother
Sharron (Berge) Blumeyer. Mom passed away at her home in Charleston, SC surrounded
by family on December 1st, 2021 at the age of 82. There will be a celebration of her life February 19, 2022 in Charleston. In lieu of flowers please make donations to the Art Department at her high school. Please contact me by email for further information at bradblumeyer@gmail.com

A celebration of Sharron’s life will be held Saturday February 19th from 1-3 pm at First Scots Presbyterian Church in Charleston SC.


Sharron LeAnn Berge was born on November 24,1939 in the small town of Hendricks, MN. The family later settled in Canby MN where she attended school and studied music and art. She was a member of the band and played the upright string bass. During her junior year she met and fell in love with Arnold Roy Blumeyer. After graduation she attended Minnesota State University, Mankato. She left Mankato to marry Arnie and they moved to Minneapolis. She had two boys, Brad & Scott, and was a devoted fulltime mother. She was also a loving and devoted wife who supported and helped her husband’s long career. Over the years she and Arnie moved multiple times and made many long-lasting friendships along the journey. During these moves the designer in her would shine. Using her ideas and sketches they would transform the houses into showplace homes. She and Arnie also were entrepreneurs and bought and managed many small businesses over the years. Best known of them all was the Dairy-O a soft serve ice cream store in Clawson MI. Upon retirement they moved to Charleston, SC which had been a dream of hers for years. She enjoyed the southern lifestyle and the city with its historical, architectural, and an artistic flair. She studied painting and worked in watercolors, oils, and acrylics. As a gifted artist she continued to learn her craft producing paintings and becoming a member of the art guild in Charleston. The love for her two sons continued and extended to her three grandchildren. One of her many joys was vacationing and visiting with them. Sharron was easily loved by all that met her. She was a blessing to all her family and friends over a long and happy life.


Sharron was preceded in death by her parents, Howard & Lottie Berge of Canby MN, and
her son Scott Blumeyer of Chicago IL. Surviving is her husband of 63 years Arnold, her eldest son Brad and wife Sally, granddaughter Rachel, and her two grandsons Kurt & Jack.
To order memorial trees or send flowers to the family in memory of Sharron Leann Blumeyer, please visit our flower store.