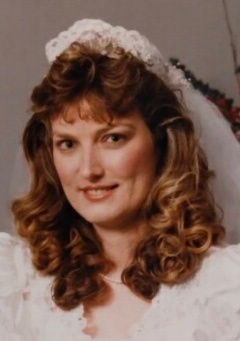 A daughter of William Lloyd Adams, Sr. and Julia Smith Adams, she was born in Charleston, SC and graduated from Porter Gaud HS in 1980. She attended Furman University, Charleston Southern University, and then graduated from Greenville Technical College where she became certified as a Physical Therapy Assistant. She then returned to Charleston and began her career.

She was a member of Ashley River Baptist Church. There, she met her future husband, Edward Scott Callaway. They were married there on March 20, 1993.

In addition to her husband and parents, she is survived by her son, Michael Callaway; a brother, William Lloyd Adams, Jr. and a granddaughter, Elizabeth Callaway.

A gathering and memorial service will be held on Thursday, July 7, 2022 starting at 12 noon at Palmetto Cremation Society, 5638 North Rhett Ave. North Charleston with the service starting at 1pm.