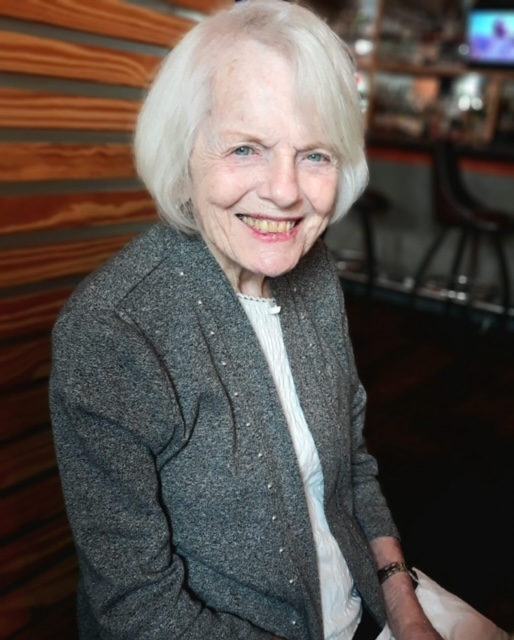 SHIRLEY ANN WILSON, age 87 was born on November 8th, 1934, and peacefully passed on surrounded by family August 2nd, 2022. She was born in Hundred, WV to Bud and Wanda Tracy.

Shirley was a popular and active graduate of the Weir High School, Class of 1953 in Weirton, WV where she was chosen for the May Queens court all 4 years. She graduated from the Central Technical Institute in Kansas City, MO. She then moved to Queens in New York City where she joined American Airlines at LaGuardia Airport. Shirley was first spotted by her husband in Jackson Heights, NY - Roger was immediately attracted to her beauty & wholesomeness falling in love and their lifetime together began. They eventually moved to Pittsburgh where she was employed by Westinghouse and rose from being a secretary to an executive assistant. At one point, Shirley and her family lived in San Mateo, CA and she thoroughly enjoyed San Francisco.

During her lifetime she visited all 50 states & 53 foreign countries which involved sailing trips & Safaris - She loved riding elephants!

Shirley's lifetime was marked by many achievements including being President of the Weirton Junior Women's Club, coordinator of activities for Weirton General Hospital's volunteer program "The Candy Striper's", named a leading secretary in Pittsburgh and participating in various beauty contests & modeling for many years. Above all, she was a dedicated and loving wife and mother.

Per her wishes, Shirley has been cremated asking that her ashes be scattered at Coopers Rock State Park in Bruceton Mills, WV which is near Morgantown. She should be remembered for having returned to West Virginia which is the state she loved.

A private family gathering will be held at a later date to honor her remarkable life. Shirley was as beautiful on the inside as she was on the outside.

Memorial contributions may be made to https://www.seacoast.org/giving/

To order memorial trees or send flowers to the family in memory of Shirley Ann Wilson, please visit our flower store.