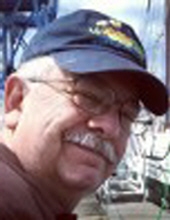 Timothy Lee Kephart, 66, of Lowell, NC and husband of Nancy Kephart, passed away on Tuesday, October 31, 2017.

Tim was born on December 15, 1950 in Charlotte, NC to the late Lawson Kephart and the late Bessie Grooms Kephart.

In addition to his wife of 17 years, survivors include his sister, Sandra Kephart Estes, of Gastonia, NC; his sister-in-law, Vicki Peavy; his nieces, Leah Maness, Marlaina Carmichael, Donna Cooper, Audrey Tallent and his nephew, Mark Tallent; and several grand-nieces and nephews. He also is survived by his loving companion, Bella, our German Shepherd, who he loved dearly.

A Celebration of Life service will be announced at a later date.

In lieu of flowers, memorial donations may be made to supporting his financial needs at PayPal and at kephart5256@carolina.rr.com.