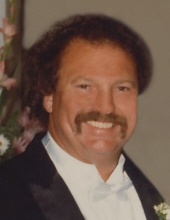 Toby Griffin, 78, of North Charleston, SC died peacefully Friday, April 12, 2019, in Florence SC. He was born on December 14, 1940 in Wareham, MA to the late Arnold “Honey” Griffin and the late Helen Leaf Griffin. Toby graduated in 1958 from Wareham High School in Wareham, MA. He joined the Air Force right after high school and served for four years at Houma Air Base Radar Station in Houma LA where he met the mother of his children. A favorite story the children recount is of the two of them being kicked out of a dance for doing a new dance “The Twist”. A short time later the dance was all the rage. After leaving the Air Force he joined Raytheon and later went into a career in federal civil service with NAVSEACENLANT working on the radar and missile systems on destroyers. He worked at Norfolk Naval Shipyard in Portsmouth, VA; Charleston Naval Shipyard in Charleston SC; Newport RI, as well as locations overseas. He retired from Mayport Naval Station, FL. Toby loved being on the water, fishing and telling stories about the one that got away. He made sure to keep a paddle in his boat in case the motor only he could start failed to start. He enjoyed playing golf and teaching his grandchildren to hit golf balls in the back yard. His other passions were cooking very spicy foods, working in his yard and tinkering in his garage. He was great at fixing things and left behind a large collection of things waiting to be fixed. He maintained a truck to pull his fishing boat with over 200,000 miles on it. He left behind several diagrams to explain how the wench was wired as well as how he rigged the starter module. Toby died during the Masters Tournament, his children believe it was because he wanted a front row seat for the remainder of the tournament and to help Tiger Woods win.

At a date to be determined, a Celebration of Life will be held in the Charleston area.

Memorial donations may be made in Toby’s honor to Canine Companions for Independence, the Courtney McGinnis Graham Community Shelter (Florence, SC) or a charity of one’s choice.

Online condolences may be viewed or shared at www.palmettocs.com
To order memorial trees or send flowers to the family in memory of Toby Griffin, please visit our flower store.