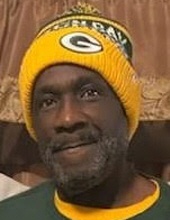 He was born on June 18, 1957 in Manhattan, New York, a son of Helen S. Rouse and the late Clarence Smith. He was raised in Oakboro, NC, the place he called “Home, Sweet Home” .

Victor was an accomplished dry wall finisher, retiring in 2019 in Charleston, South Carolina. He had a passion for traveling, fishing, family and having a good time. (The “real” party starter and finisher)

In addition to his father, Victor was predeceased by a sister, Shelby Tyson; and a brother, David Smith.

Goodbyes are not forever
and goodbyes are not the end.
They simply mean we’ll miss you
until we meet again!
To order memorial trees or send flowers to the family in memory of Victor Jerome Smith, please visit our flower store.