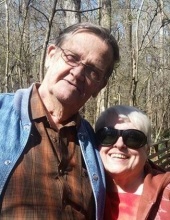 Born on November 21, 1944 in Greenville, Mississippi, Bill was the son of the late, William Allen Baldwin, Jr. and Marian (Evans) Baldwin. He served his country honorably for 26 years in the United States Navy and also in the United States Air Force. Bill worked as an electrician and a heating, air and ventilation specialist in the residential and commercial construction industry. He and his wife, Betsi, were passionate about animal rescue, mostly cats. Bill also enjoyed photography where he took photos of many of the wrought iron gates at the homes in Charleston. Bill also enjoyed spending time with his family and he prided himself on teaching his granddaughter, Kristi to work on cars.

A memorial service is to be planned and announced at a later date.

In lieu of flowers, memorial contributions in Bill's memory may be sent to the Society for the Prevention of Cruelty to Animals, the Berkeley Animals Center,502 Cypress Gardens Road, Moncks Corner, South Carolina 29461. (843) 719-5050, www.animalcenterberkeleycountysc.gov .