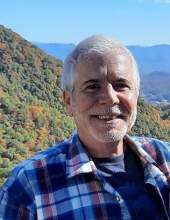 William Gilbert Pilson III, 63, of Hanahan, went home to God peacefully surrounded by his family in his home on Saturday, January 1, 2022.

William, known as Bill or Buddy to his family and friends, was born in Washington, D.C., on December 5, 1958, the son of the late William Gilbert Pilson II, late Willa Marie Pilson Roberts, and stepson to Stanley Roberts.

Bill was a graduate of Spotsylvania High School and joined the U.S. Navy as an engineman (EN2) in 1978. He worked aboard the USS Ortolan (ASR-22) stationed in Charleston Naval Shipyard, S.C., and dutifully served his country through 1981.

He was newly baptized on September 19, 2020, and enjoyed a rejuvenated relationship with the Lord in his final years. A Celebration of Life will be held at Restoration Community Church (6058 Miami Street, Hanahan, S.C.) on Saturday, January 22, 2022 from 10:30-11:30am. In lieu of flowers, please consider making a donation in Bill’s name to The Ralph H. Johnson VA Health Care System to honor the men and women in the armed forces who have served our country. The VA accepts monetary donations as well as “in-kind” donations. The link is provided below.

https://www.va.gov/charleston-health-care/work-with-us/volunteer-or-donate/#make-a-donation
To order memorial trees or send flowers to the family in memory of William Gilbert Pilson III, please visit our flower store.