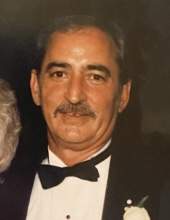 Fred was born on July 18, 1943 in Piedmont, South Carolina to Nancy Janette Sellers and Fred M. Gambrell. He served in the United Stares Air Force and had worked for the South Carolina State Ports Authority.

He married Myrna Loy Mishoe on February 5, 1965 and they were married for 43 years.

To order memorial trees or send flowers to the family in memory of Winfred Fred Gambrell, please visit our flower store.